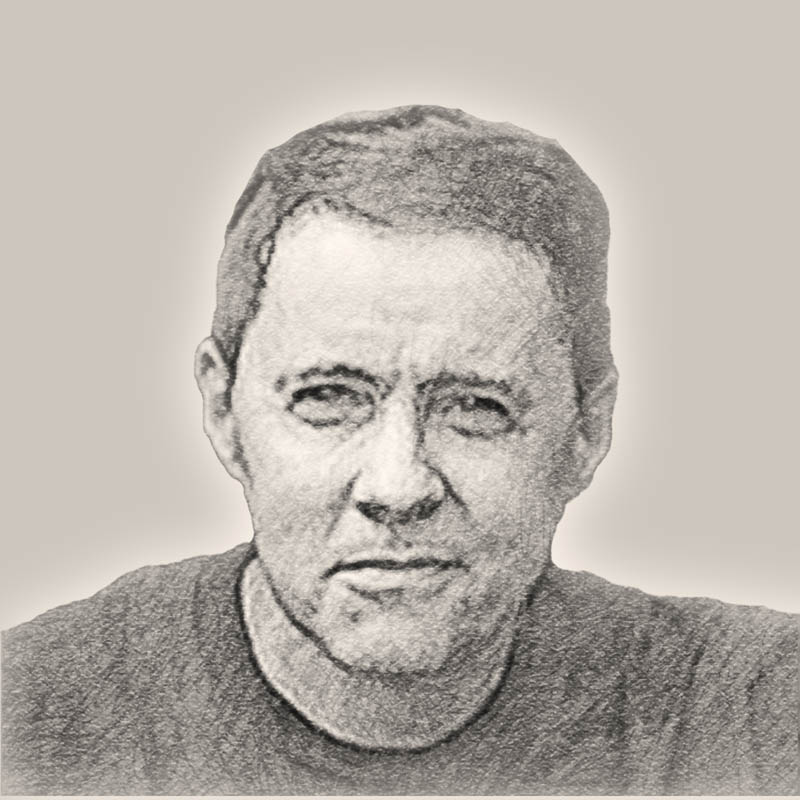 Jurgen Vercaemst is a Flemish calligrapher born in 1967 in a little town in Belgium, Kuurne.

Handwriting has always been a very important matter in his family in the sense that his father always encouraged elegant handwriting.

Jurgen was fascinated by handwritten manuscripts and began collecting handwritten pieces when he was a teenager.

Yves Leterme has been his life long teacher and he attends every possible workshop with Yves. Jurgen crossed paths with Peter Thornton who raised his interest in pure letterforms, the drawing of letters, and composition/layout.

Presently, he organizes workshops at his place in Ruddervoorde near Bruges, along with other calligraphers, and is teaching both at home and abroad.

The pencil has been his favorite tool, and at all times he carries his Moleskine notebooks with him.