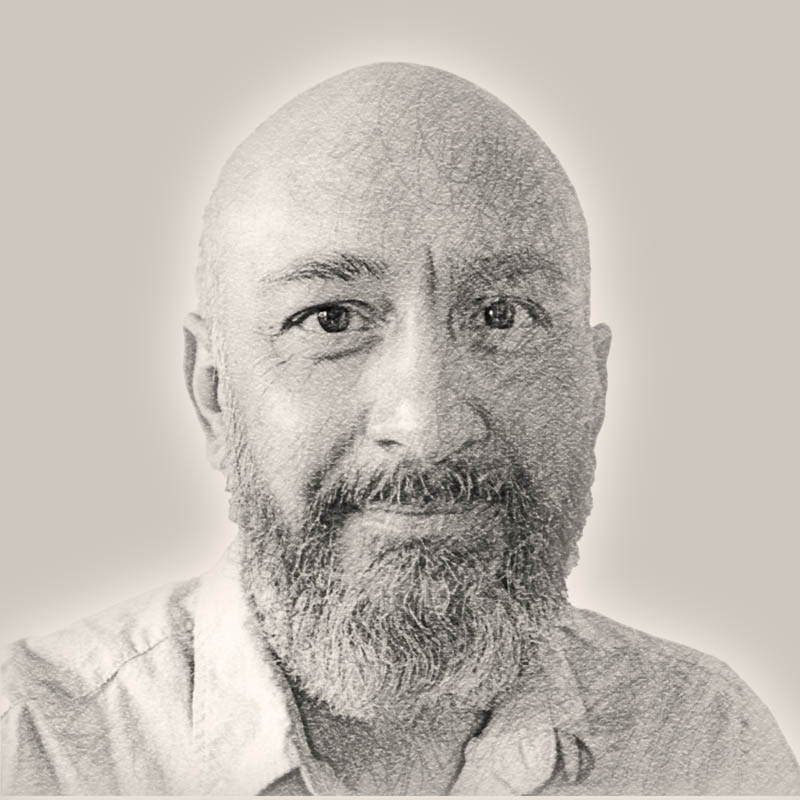 Salman Khattak is a Calligrapher, Woodcarver and a software specialist.

Salman has had a keen interest in lettering, sketching and painting since childhood. However, his artistic endeavours had to take a backseat to academic pursuits; beginning with a Bachelor’s degree in Electrical Engineering followed by a Master’s program in Computer Networks. This led to a career in software design from burgeoning startups in Los Angeles and Dubai to establishing offshore facilities in Pakistan.

Decades later, a gift of a fountain pen and a workshop on Arabic calligraphy in Dubai rekindled his passion for expression through letters, written and drawn. Salman found a great mentor in the well-known Australian Calligrapher Mr. Geoff Ford for western scripts. This started a phase of serious study of both western and Arabic styles of calligraphy. He has continued to study and teach both Western and Arabic Calligraphy since the mid 2000’s.

During his time in Dubai, Salman found it difficult to acquire good quality calligraphy holders. This necessity drove him to begin carving holders for himself. The flowing organic shapes of his hand carved holders quickly gained a following and for a while Salman offered his hand carved holders online. He also taught classes on how to carve calligraphy holders by hand. His YouTube videos are still up and show how to carve one yourself going from a raw piece of wood to making and installing a Brass flange using just basic tools.

Salman offers classes in broad edge as well as pointed pen scripts. His method of teaching Copperplate has been featured on The popular Flourish Forum where it has been very well received. He also offers classes in Arabic Calligraphy – particularly in the Riqa style using his own method of combining foundational strokes.
Salman has taught calligraphy at various locations in Canada (Toronto, Cambridge, Aurora) as well as the United States (Tampa, Ocala, Panama City, Orlando, Gainesville). He has also brought together the worlds of fountain pens and lettering by teaching at fountain pen shows in San Francisco, Chicago and Philadelphia.

Currently living in Toronto, Salman spreads his love of letters through in person and online classes. Salman is a past Vice President, and the current Treasurer, for the Calligraphic Arts Guild of Toronto. He also offers a range of design services, from Calligraphic compositions, Bespoke cards, Logo & Monogram design and Letterhead design.

In 2018, Salman launched the Toronto Pen Company to combine his passion for lettering with the love of fountain pens. He offers both calligraphic design as well as fountain pen customization services through this venture.