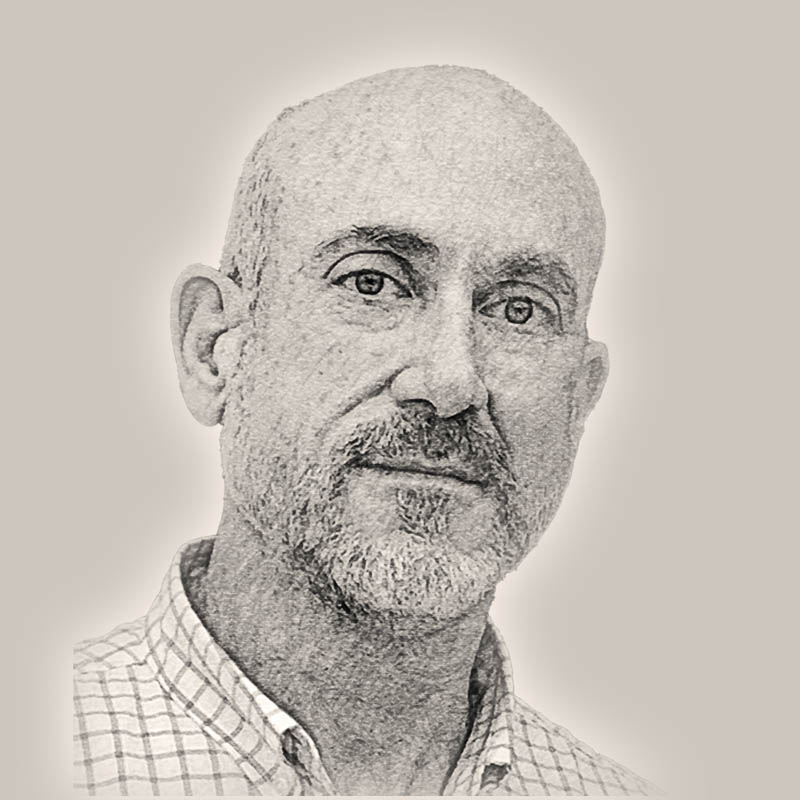 Robbie Saslow is a Los Angeles-based calligrapher and designer who comes from a family of artists. He earned a degree in 2-dimensional art from California State University, Northridge (1986). Robbie has extensive experience teaching art, including over 20 years at Los Angeles schools, nine summers on the art staff at UAHC Camp Swig in Saratoga, California, and numerous workshops for the Society for Calligraphy. He has been on the faculties of several LETTERS CALIFORNIA STYLE calligraphy conferences. His work has been displayed in various group shows, and has been published in Letter Arts Review, the nation’s pre-eminent lettering arts journal. While the majority of his career was devoted to the creation of ketubot (Jewish wedding contracts), he is currently employed as a full-time calligrapher and scroll artist for the County of Los Angeles.